Sentence Arrangement questions can be solved in examination by following certain simple tips. Basically the sentences are to be linked with each other according to their meaning and sense but there are some small tips which are of great help in finding out the link. By applying these,  questions can be solved easily without wasting time. To quote a few :
A sentence containing a noun generally comes first and that containing a pronoun describing that noun comes after that sentence.
A sentence containing the article 'a' before a noun comes first and a sentence containing the article 'the' before that noun comes after that sentence.
Mostly there is  a central idea, theme or a line of action around which these sentences revolve. That needs to be identified and the sentences too be arranged accordingly.
Sometimes possessive pronouns, indicative pronouns or adjectives used in sentences are also of great help in finding out the location of a sentence.
This can be explained with the help of examples.
In the following exercises first and last sentences of the sequence are given. Arrange the remaining four sentences between these two in a meaningful sequence.
ONE
X. Gone are the good old days when people used to visit their relatives during their children's holidays. Nowadays all are busy and nobody wants to visit the relatives nor anybody is happy to receive them.
P. Suddenly the silver coloured taxi stopped in front of the gate of a house and a hefty man who was the driver of the taxi came out of it.
Q. Its occupants, thereafter, came out of the taxi and started talking with each other looking towards the house while two of them helped the driver in taking the luggage inside the house.
R. As the train stopped at the platform all the family members started rushing out of the cabin taking their luggage with them. A coolie carried the whole luggage to the taxi stand and all the members sat in a taxi.
S. The taxi ran on the roads of the city like an electric train and it reached its destination in an hour. All of its occupants were very happy that they had finally reached their relatives.
Y. Although these days people still go out during their vacation yet such scenes are rarely seen because all prefer to visit places like hill stations or sea beaches etc. instead of their relatives.
OPTIONS
1.RQPS 2.RSPQ 3. PQSR  4. SQPR
EXPLANATION
Sometimes small hints work and these are very helpful in finding out the solution.
In P article a is used with noun house and in Q article the is used with house. This shows that Q will follow P.
Similarly in R article a is used with noun taxi and in S and P article the is used with taxi. This shows that these two S and P will follow R.
PQ combination is in options 2 and 3 and RS combination is in option 1 and 2. So option 4 can be ruled out. SR is not possibility so option 3 too is ruled out. Q cannot follow R so option 1 is also not possible. Only option 2 RSPQ is the answer and it can be verified.
TWO
X. Our country even after so many years of independence is facing a number of problems like  poverty, malnutrition and illiteracy etc. . A large part of its population is deprived of its basic needs even.

P. The greatest tragedy among these today is illiteracy. There are places in our country which are   not having facilities of basic education.  A number of villages are still without a primary school even.

Q. The Government has taken a number of initiatives to reduce it but it still persists in large dimensions. Various efforts made in this regard are showing their results but still  a lot is  to be done.

R. It is a chronic disease that is eating into the vitals of our society and depriving people from getting their basic needs. There is a large number of people in our country who are uneducated.

S. Paucity of resources impedes spreading of literacy among people but it is lack of willingness among them that hinders it the most. People particularly in rural areas do not send their children to school instead they want them to work with them in the fields.

Y. Education not only enhances peoples’ knowledge but it also introduces to them various avenues of their livelihood and better ways of living. The need is to educate people in an effective manner in this direction.

EXPLANATION
Two options start with P and one each with R and S. No option starts with Q. R starts with a pronoun 'it' so it cannot be first sentence. S tells about reasons of problem of illiteracy. It can be first sentence but it shows that there is mention of illiteracy in some other sentence.
X tells about problems the country is facing. The words 'among these' in P show that it describes about one out of some of problems. It links P with X. Now what after P whether Q or R as in options 1 and 4. R tells further about the problem. Q can follow R. S tells about reasons.  Reasons of a problem will be first and steps to remove it will follow that. So option 4 PRSQ is answer and it can be verified.
THREE

X. ISRO originally intended to launch Mars Orbiter Mission with its Geosynchronous Satellite Launch Vehicle but the GSLV failed twice in 2010 and still had issues with its cryogenic engine.

P. The initial planned orbit raising manoeuvres were completed with nominal results, while a subsequent supplementary manoeuvre managed its successful transit to Mars.

Q. Since the vehicle was not powerful enough to place Mars Orbiter Mission on a direct-to-Mars trajectory, the spacecraft was planned to be launched into a highly elliptical Earth orbit.

R. The launch was rescheduled, the satellite was placed into Earth orbit with revised perigee and apogee.

S. The unsuccessful attempts did not deter their enthusiasm but waiting for the new batch of rockets would have delayed the  Mission for at least three years, so ISRO opted to switch to the less-powerful Polar Satellite Launch Vehicle (PSLV).

Y. Thus the Indian agency successfully executed a Mars mission in its first attempt; and this brought laurels for India and for The Mars Orbiter Mission team of India. 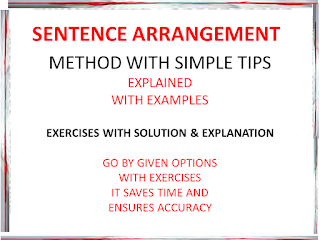