In competition examination questions are given with incorrect questions tags. The error in question tag is required to be located and rectified. 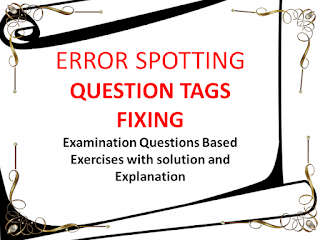 (Contd.)
Posted by lessonenglishgrammar.com at 01:04